At the 26th of august the BizTalk User Group Sweden had Kent over to deliver two sessions around System Center Operations Manager and its Management Pack for BizTalk Server. The sessions were separated by a networking and food pause and delivered to a group of around 75 people. Together with Johan Hedberg (me!) and 35 others he also completed the Stockholm Triathlon participating in the Microsoft SQL Server Fast Track Team (newspaper slideshow (in swedish) here: http://it24.idg.se/2.2275/1.337297/blott-och-svettigt-for-microsoft) (Named persons not featured). Url of user group event is here. Blog post by Kent is here. Presentation slides can also be found at the BizTalk User Group Sweden site (look in the lower right corner area). 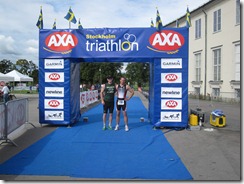 1 thought on “BizTalk, OpsMgr and Triathlon – What have they got in common?”